Landmark Development has revealed more details about its proposed One Central megaproject in the South Loop, but local residents and transit experts continue to raise red flags over the company’s data and use of government funds for private gain as well as the project’s impact on the neighborhood.

Landmark supplied a transportation feasibility study and analysis conducted by WSP, an engineering consulting firm, which forecasts substantial ridership growth due to the multimodal transit hub. WSP believes Chicago would see 100,000 daily on-site boardings and more than 180,000 additional boardings at stations throughout an interconnected transit system.

The transit hub would feature a new Metra electric station and connect to CTA Green and Orange lines west of the site via 16th Street. It would use the 18th Street Metra railyard from McCormick Place north to McFetridge Drive, the air rights of which Landmark Development currently owns.

“One Central will play a major role in the future of public transit and growth for the City of Chicago and the surrounding region,” said Bob Dunn, Landmark Development’s CEO. “It will not only allow more visitors to access the world-class collection of civic and cultural assets along Chicago’s lakefront, but its impact will also extend far beyond the immediate area, opening the South Side to new mobility options and job opportunities.”

Equitable transit access remains a perennial source of debate in Chicago, and the analysis predicts 35% of new riders will come from the South Side, with roughly 100,000 South Side residents gaining access to a job with a 35-minute commute into the city’s central area.

Landmark’s transportation analysis is drawing criticism from community groups and transit experts, however.

After reviewing the transit feasibility study, P.S. Sriraj, director of the University of Illinois at Chicago’s Urban Transportation Center and the Metropolitan Transportation Support Initiative, is not convinced by the purported numbers.

“What happens is that these people on the far South Side end up traveling huge distances to go to the North Side, Northwest Side, to the West Side, and all over the region, and then they don’t have enough good transit connections to make those kinds of trips,” Sriraj explained.

As One Central bolsters a narrative of transit interconnectivity, Sriraj said government leaders and agencies must consider current transit infrastructure conditions before committing to a new central hub in the South Loop.

“Overall, the State of Good Repairs backlog, plus the annual maintenance that needs to be done over the next five years, put them together, we are looking at a price tag of $38 billion,” Sriraj said. State of Good Repairs is a set of Federal standards requiring transit agencies to maintain bus and rail systems.

“One Central is trying to sell themselves as better than sliced bread for South Side, underserved neighborhoods,” Key said. “This adds nothing to the South Side. It is pure pandering to the Black Caucus” of the City Council and Illinois General Assembly, “and I find it offensive.”

After the proposed development’s 20-year build period, Illinois taxpayers would have to purchase—for $6.5 billion—what the developer calls the “civic build,” which would incorporate not only the transit hub but shopping, parking, and retail space.

“A big misconception [is that] people think that One Central is creating all of these intermodal connections,” Key said. What the project actually will create is “the opportunity for others to come connect to them. One Central is only building a train station for Metra, no more. CTA would have to pay for its own spur.”

The transit study states One Central would see 9,280 daily Metra boardings, but SLCC previously found Metra averaged only 23 people each day at the 18th Street Metra stop prior to the coronavirus (COVID-19) pandemic, according to Key.

Due to the pandemic, the CTA rail system saw a 62.9% decline in daily ridership in 2020, according to an annual report, while Metra saw an estimated decrease of 74.9% of passenger trips the same year.

Ald. Pat Dowell (3rd), whose ward includes the One Central site, said she will not comment on the development until Landmark submits a formal proposal for the City’s review. The Chicago Department of Planning and Development also did not provide a statement, noting the developer has not completed a zoning application that provides comprehensive detail about the project.

Three firms have agreed to join Landmark Development as equity partners in the project, contingent on City and State approval: Johnson Controls, an engineering firm; Ullico, an investment firm with strong union ties; and a division of Chicago’s Loop Capital.

Also, CTA said in a statement, “The study identifies a number of potential opportunities for the transit hub at One Central to provide service capacity increases and operational advantages to CTA and the broader regional transit system.” CTA has entered into a preliminary engineering agreement with the developers, while Metra has established a memorandum of understanding to vet the proposed development further.

While major transit agencies consider a future with One Central, the SLCC remains critical and wants to see the raw data that was used in the creation of these studies, as well as more community involvement.

“These [numbers] are almost just made up,” Key said, referring to the transit analysis. “They wanted a result, and they worked backwards from the result.”

The transit hub ranks as only one reason SLCC opposes One Central. Members note that the project’s proposed building elevations are much too high, particularly as compared to the community’s existing building heights; the proposed density is four times more than allowed by City law; the proposed seven-story concrete wall will cut off that part of the South Loop from the rest of the neighborhood; and that State money requested by the developer should not be used to help a private, as opposed to public, development.

For Landmark Development, log onto www.landmarkcompany.com/. To see the transportation feasibility study and analysis, go to https://tinyurl.com/hy68pmjn. To reach the SLCC, go to https://southloopconcernedcoalition.org/. For Sriraj, email sriraj@uic.edu. 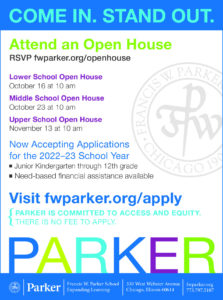