For decades, one could watch Aniello “Red” Fontano make sausage and slice meat in the window of his full-service grocery store. As the neighborhood and type of customer changed, from predominantly homemakers to college students and University of Illinois Chicago (UIC) employees, Mr. Fontano pivoted to selling mostly sandwiches at what became Fontano’s Subs at 1058 W. Polk St.

He died May 24 at age 92, four years after his wife, Gilda, passed away. Their bronze caskets, the color of Red’s hair, rest side by side in Queen of Heaven Cemetery.

Mr. Fontano had a sunny smile for all customers, even when students were newcomers in the community that had shrunk after the State of Illinois decided to build UIC’s campus there. Fontano’s shop still holds a strong reputation for its home-made sausage and its submarine sandwiches.

“My fondest memory of my dad is of somebody who just wanted to help everyone,” said the youngest of his four sons, Neil. “Even if you were going to be a competitor and open a sandwich shop or make sausage, he was just the most helpful guy you’ve ever seen.

“He taught us to work hard and communicate with people,” Neil Fontano said. “We all know how to talk to people.”

“My dad and my mom were really hard workers,” daughter Mary Fontano said. “They were very caring and sharing people.

“He was a genuinely nice man,” she said. “He instilled great values in us. My parents taught their children to treat people the way they want to be treated. I could only hope to touch as many lives as they did.”

Mr. Fontano spent weekends with his children at their summer home in Michigan.

In the wake of their father’s passing, “Mary and I have the store now,” Neil Fontano said. “Five years from now, if one of my nephews wants it, we’ll give it to them.”

“It will be there forever,” Mary Fontano said. The Fontano siblings want to increase the number of Italian products, “bring it back to the Italian way,” she said.

At the funeral Mass, the Rev. Richard N. Fragomeni, rector of the Shrine of Our Lady of Pompeii, recalled being especially touched while visiting Mr. Fontano on one of his final days. Grandson James carried in Mr. Fontano’s youngest great-grandchild on one of their daily visits. Mr. Fontano’s eyes opened wide, he smiled, and he kissed the baby.

“That was the last time he recognized me or the baby,” James Fontano said, noting he observed a wink that was characteristic of his grandfather.

Santino “Tino” Michael Fontano, nine months old when he attended his great-grandfather’s funeral, is the youngest of seven great-grandchildren. An eighth is on the way.

Mr. Fontano’s oldest friend was Tony Raso, who lives in the Little Italy community and is the last surviving member of the Blue Boys Club that they founded in the early 1950s. In the club’s heyday, the 40 to 60 members met at the club on Polk Street “to play cards, watch TV, and talk about the old days,” Raso said. They named the club for several members who served as Chicago Police officers and because the hardware store that preceded it sold Blue Tone fuel oil.

Mr. Fontano also gave back to the neighborhood. “He was a very good donor,” Raso said, noting Mr. Fontano contributed funds to the UIC ice hockey and soccer program, Shrine of Our Lady of Pompeii, and other charities.

All the Fontano sons played amateur hockey. “He loved the hockey players for UIC,” Raso said. “He also was excellent at pool and bowling. You couldn’t beat him.”

Other survivors include sons John (Margaret) and Dominic (Celeste), sister Carmella, seven grandchildren, and seven great-grandchildren. He was preceded in death by one son, James “Jimmy” (the late Margaret).

Son Neil issued a statement saying, “The Fontano family would like to thank our large, diverse, passionate Chicago community who has supported us throughout the years. You made our beloved patriarch Aniello and matriarch Gilda so incredibly happy, filling their daily life with laughter, joy, and love. Surely, you all held a special place in their heart. Thank you for supporting us as we grieve over the loss of Aniello ‘Red’ Fontano—a husband, father, grandfather, great grandfather, brother, and community leader.” 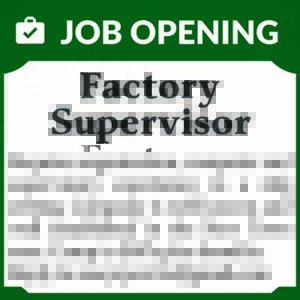