Related Midwest, developer of mixed-use properties, recently revealed plans for Phase One of The 78, a new riverfront neighborhood on 62 acres that have been vacant for nearly 100 years.

“Our vision for The 78 is to create Chicago’s next great neighborhood,” said Curt Bailey, president of Related Midwest.

Planned with Skidmore, Owings, & Merrill, “The 78” refers to Chicago’s existing 77 neighborhoods, with the mega-development increasing that number by one. The area is bordered by Roosevelt Road to the north, Clark Street to the east, 16th Street to the south, and the South Branch of the Chicago River to the west.

As part of Phase One, Related Midwest has donated land to the University of Illinois System’s Discovery Partners Institute (DPI) to build an innovation and research center at The 78.

“DPI’s decision to anchor in Chicago is a vote of confidence in the talent of our people and strength of our diverse, local economy,” said Mayor Lori Lightfoot.  “We look forward to collaborating with them on our shared goals of developing inclusive, long-term economic growth through an array of investments that will create jobs, start companies, and help shape the future of our city.”

DPI, which is part of the Illinois Innovation Network, plans to begin construction in the next 12 months.

Construction already is underway at The 78 on the Wells-Wentworth Connector, the project’s main thoroughfare that will become a pedestrian-friendly streetscape with protected bike lanes linking the Loop to Chinatown. Other Phase 1 infrastructure improvements include: construction of LaSalle and 15th Streets through the site; renovation of Clark Street; relocation and enclosure of Metra tracks; and reconstruction of the Chicago River seawall.

Phase 1 is targeted for completion in 2024, and will create approximately 9,500 trade, construction, and professional services jobs and be home to 9,000 permanent jobs. Related Midwest said it will also contribute $25 million into the Neighborhood Opportunity Fund. The City allows contributions to the fund as an alternative to developers meeting affordable housing requirements in new developments.

Future phases will add another ten million square feet of commercial and residential space and a new CTA Red Line station within the development’s boundaries, rather than at the southeast corner of 15th and Clark Streets (a location to which South Loop residents had objected).

The 78 is housed in the 25th Ward, and residents are troubled by the project’s being proposed and approved without community input.  To address neighborhood concerns, Alderman Byron Sigcho-Lopez has assembled a community advisory council to oversee the mega development. “This group will help shape the project in a way that is beneficial to our neighbors and to Chicago,” he said.

“Now that they have a new CEO, we have to have a conversation with CHA about the pending units that have not been built,” said Sigcho-Lopez. “There is a huge need for affordable housing.”

What’s going on with Roosevelt Square?

The Roosevelt Square development is housed in the 28th Ward. Alderman Jason Ervin could not be reached for comment despite multiple attempts to do so.

“At our last neighborhood meeting, our Roosevelt Square concerns about the lack of this project being implemented and relayed to our community was directed towards Alderman Ervin for the umpteenth time,” said Joseph Esposito, president of the Little Italy Chicago Neighborhood Association (LICNA). “He assured us that he was in agreement and on our side with these concerns and that basically, the lack of progress is a financial problem that exists for CHA.

“I cannot speak for everyone but many of us feel as though CHA should sell the land to a private builder who has the funding to move forward with a united plan that the City, CHA, and local community—Little Italy—can agree upon,” said Esposito. “At this point the lack of progress that was promised to us many, many years ago is having a huge negative impact on our local businesses that are closing down in recent times at a rapid pace. For such a wonderful centrally located neighborhood with awesome residents, this is probably the most ignorant and disrespectful lack of concern, which can easily be rectified.”

In October 2019, Related Midwest submitted an application to the City of Chicago for financing for the next phase of mixed-income development at Roosevelt Square. Recently, Chicago’s Department of Housing (DOH) announced 11 projects selected under the City’s improved Qualified Allocation Plan (QAP). The 2019 QAP was designed to help developers apply for Low Income Housing Tax Credits (LIHTC). Each year, the City of Chicago receives an allocation of federal LIHTC to create affordable rental housing. Among the selected projects are one Roosevelt Square development property, Roosevelt Square 3B, 1201 W. Taylor St.

According to a spokesperson for Related Midwest, the firm, in partnership with CHA, has developed 664 homes – mixed between rental and for-sale – as well as 40,000 square feet of commercial space and over two miles of new streets at Roosevelt Square.  “Last year, we completed the Taylor Street Apartments and Little Italy Branch Library, bringing a total of 73 apartments, including 37 CHA units, 29 affordable units, and seven market-rate units which are 100% leased and occupied,” the spokesperson said. 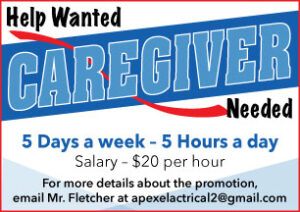 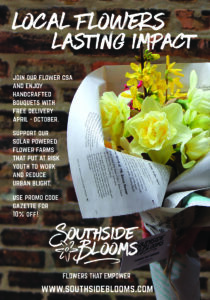