Illinois residents, cannabis entrepreneurs, law enforcement, and public health officials are now gearing up for recreational cannabis’s legalization for adult use this year.

Driving while under the influence of marijuana remains a big concern, but a new public app may help.

The Illinois State Police are conducting training and enforcement efforts. “Whether it’s misconduct regarding alcohol or cannabis, public safety and the enforcement of the law will always remain our top priorities,” said ISP Director Brendan F. Kelly. “As the laws of the State of Illinois change, the ISP will ensure our officers, forensic scientists, telecommunicators, and support staff have the necessary training and tools need to continue to enforce the laws in place and perform their respective duties.”

The ISP is currently researching oral fluid (saliva-based) testing, and is reviewing feedback from   other states that have legalized adult-use of recreational cannabis and are currently conducting oral fluid testing. According to the ISP, several states have implemented technology that has shown promise and could be effective in Illinois. The Cannabis Regulation and Tax Act provides for penalties for drivers refusing to submit to such tests similar to those as in the case of a driver refusing to submit to an alcohol breathalyzer. The ISP is working to implement this technology to identify driving under the influence of all drugs including opioids as soon as possible.

A major problem with saliva-based tests is that they do not measure impairment, according to Michael Milburn, PhD, retired professor of the University of Massachusetts in Boston “This is in addition to the fact that they cannot measure even the use of edibles, let alone impairment from edibles,” he said.

“Makers of saliva assay devices argue that they can detect recent use up to three hours, when they argue impairment is highest,” said Milburn. “Because frequent cannabis users can develop tolerance, even evidence of recent use is not evidence of impairment.”

Milburn is the developer of a public app for mobile devices called DRUID (an acronym for Driving Under the Influence of Drugs). Milburn cites 14,000 downloads of the DRUID app at this writing.  “We have over 11,000 separate uses of DRUID saved in our database,” he said.

“The big problem with getting DRUID accepted by law enforcement is first to overcome the focus on biological measurement that has dominated impaired driving enforcement in the past, particularly the alcohol breathalyzer,” said Milburn.

The National Organization for the Reform of Marijuana Laws (NORML) has long advocated for the greater use of validated performance-based measurements such as DRUID or AlertMeter.

AlertMeter is a graphical cognitive alertness test lasting 60-to-90 seconds. It has been shown through both clinical and workplace analyses to satisfy the need for a practical and workplace-friendly way for assessing fitness for daily duty, particularly before employees perform critical tasks.

“Ultimately, if law enforcement’s priority is to better identify drivers who may be under the influence of cannabis, then the appropriate response is to identify and incorporate specific performance measures that accurately distinguish those cannabis-influenced drivers from those who are not, rather than relying either primarily or solely on the detection of compounds that are not consistently associated with behavioral impairment and that may be present long after the effects of the substance has worn off,” he said.

Designed for mobile devices, DRUID gauges divided attention, reaction time, decision making, motor tracking, hand-eye coordination, time estimation, and balance movements following the intake of drugs such as cannabis, alcohol, prescription medications, and other substances. DRUID testing consists of four tasks to measure cognitive and psychomotor performance; these tasks are consistent with those identified in research on the effects of alcohol and driving impairment.

DRUID then statistically integrates hundreds of data points into an overall impairment score. The process takes two minutes. DRUID measures cognitive and behavior impairment for any cause, including consuming drugs or alcohol, lack of sleep, or injury.

DRUID allows cannabis users, as well as those who use alcohol or prescription drugs or might otherwise be impaired, to assess their own level of impairment. While the app performs well in identifying impairment, it does not tell users if they are safe to drive. The DRUID impairment score is one piece of information to help them make the decision to delay driving or operate dangerous machinery.

According to Milburn, DRUID is the gold standard of impairment testing and the only objective measure of impairment for the roadside.

So far, according to data Milburn has cited, the DRUID app has seen 14,000 downloads. “We have over 11,000 separate uses of DRUID saved in our database,” he said.

The challenge now is convincing law enforcement of DRUID’s benefits.

Why is this a problem? According to Milburn, in states such as Oklahoma and Arizona, courts are ruling in the area of workplace cannabis use that a failed drug test by a medical cannabis patient is not sufficient evidence to fire that employee. Companies also must show evidence of impairment to justify termination. “As the medical use of cannabis expands around the U.S., legal protections for citizens using a legal medicine will necessarily expand,” he said. “Likewise, as recreational use is legalized, this will only heighten the demands for extending legal protection for use without impairment.”

After law enforcement, politicians present the next hurdle to acceptance that DRUID works, according to Milburn. “Politicians I talk to in Massachusetts feel the need to do something, to show that they are taking citizens’ concerns about cannabis-impaired driving seriously,” he said. “Unfortunately, this has led some to give serious consideration of a very bad bill proposed by our governor, Charlie Baker. Baker has proposed that motorists stopped by police can be forced to submit to a biological test or lose their license for six months. This will end up wasting millions of dollars because all these cases that rely on biological measures of cannabis use will be thrown out of court.”

Ultimately, said Milburn, every state will need to employ objective measures of impairment like DRUID in the workplace and by the roadside. “The chemistry and pharmacology of cannabis makes this inevitable, and courts are beginning to recognize this,” he said. 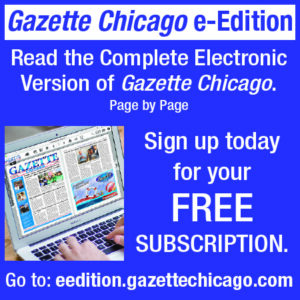 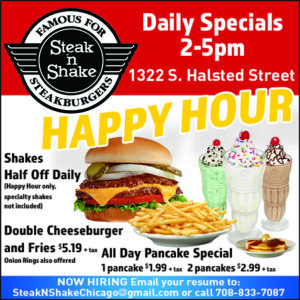 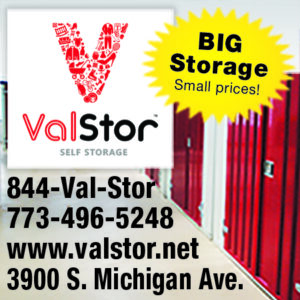