With this issue, Gazette Chicago enters its volume no. 40, beginning our 40th year of community service. Throughout the next 12 months, we invite you to “take a walk down memory lane” with us and look back on how the newspaper has evolved and the issues and people it has covered over the decades.

In 1983, native Chicago Near West Sider, DePaul University alumnus (1980), and former DePaulia student newspaper Editor-in-Chief Mark J. Valentino, at age 24, started the independent Near West Gazette with no financial backing other than his own small savings from his job at the time as a truck parts salesman. The Near West Side neighborhood had had no community newspaper since 1971.

Valentino persuaded friends from his college days and some of his neighbors to work for the Near West Gazette. Associate Editor William S. Bike and Assistant Editor Anne Nordhaus-Bike have been on board since the first issue. The late Dismas Fernandez, a long-time resident, and Barb Januszewski also were associate editors at the beginning, Debby Fitzgerald was the designer and typesetter, and Laura Sorce served as advertising manager.

The Near West Gazette quickly became popular and was able to acquire the services of many top journalists over the years.

At the beginning, “It was certainly a low-budget production,” Valentino said. “I was living with my parents on West Polk Street, and I remember reminding my mom, ‘You’ve got to answer the phone saying Near West Gazette during the day. Don’t just say hello.’

“She was great about it,” Valentino continued. “I’d check in with her at lunch time from my day job for messages.”

With his mother, Della Valentino, good-naturedly holding down the fort while they worked their regular jobs, Valentino and his new team debuted their first issue on May 5, 1983, with 500 copies distributed along the Taylor Street business strip.

“I remember how proud she was of the first issue, which I brought over to Rush-Presbyterian-St. Luke’s Medical Center to show her,” Valentino said. “For the second issue, my brother Michael did a story about saying goodbye to her, which received a lot of reaction from the community.”

Gazette Chicago eventually moved into an office in the Notre Dame de Chicago (now Our Lady of the Holy Family) Parish complex where, other than a few years on Ogden Avenue, it has remained for most of the publication’s history.

Gazette Chicago editors determined that the publication would come out monthly, as that gave reporters more time to develop and delve into articles than a weekly publication could, which is what most community newspapers were in that era. The monthly schedule proved to be perfect for readers, whose lifestyles became ever more busy during the next four decades.

Editors also determined that the publication would be free to readers, and be supported through advertising revenues.

First the Near West Gazette expanded into the Tri-Taylor area. At the request of business leaders in the West Loop and South Loop communities, the Near West Gazette added those neighborhoods to its coverage in 1989 and 1991, respectively. In 2000, the publication officially changed its name to Near West/South Gazette to reflect its continually growing presence in those communities.

The next four years saw a large expansion of the Gazette’s coverage area into the Bridgeport/Armour Square, Bronzeville, Chinatown, East Pilsen, Heart of Chicago, UIC/University Village, and West Haven communities.

Valentino is the owner, editor, and publisher of Gazette Chicago. In an era in which independent newspapers are going out of business, reducing their news coverage and community service, or selling out to media conglomerates, Gazette Chicago is celebrating four decades of serving Chicago communities.

Gazette Chicago is a key force in the ten communities it covers, and it is because of the publication’s intangibles, among them its stellar reputation, roots in the community, strong reporting, independence, and ability to build bridges among communities.

Gazette Chicago is one of the few independently owned newspapers in Chicago and is uniquely qualified to bring diverse communities it covers together. These are communities of African-Americans, Hispanic-Americans, Chinese-Americans, white ethnics, and well-to-do professionals and gentrifiers who would have no bridge to each other without Gazette Chicago, which covers all their news.

In recognition of this, Valentino in 1997 received the Bernadine C. Washington Award conferred by the Chicago Commission on Human Relations for his work in improving human relations in Chicago and building bridges among diverse communities. The Chicago City Council that year also passed a resolution honoring Valentino for his commitment to the communities he has served.

An important factor in community stability is a sound political process. Gazette Chicago staff believe that for democracy to have a chance of working in Chicago that local political races must be thoroughly covered by the neighborhood press, because the citywide media have neither the space nor the inclination to do so.

Gazette Chicago began its political coverage in March 1984. Unlike other media, Gazette Chicagooften covers every candidate in local races, whether they are considered “legitimate” or not by the citywide media—including Green, Libertarian, and Harold Washington Party candidates. As a result, underfunded candidates, particularly African-American and Hispanic candidates, get as much and as balanced coverage as wealthier candidates.

Unlike many other local media, Gazette Chicago does political endorsements, and has been doing so since November of 1984, with an endorsement of Paul Simon for U.S. Senate. For this, the publication has been criticized for its boldness, but the paper’s endorsements have tipped the balance in some elections.

The publication has feuded with elected officials such as Mayor Richard M. Daley and Congressman Dan Lipinski, yet endorsed them nonetheless if the official was the best candidate. Mayor Daley often was willing to talk to Gazette Chicago reporters—even when he seldom talked to other media.

In 1986 Gazette Chicago was one of only a few newspapers in the state to warn voters that a candidate put up by political extremist Lyndon LaRouche was running in the Democratic primary. The candidate won, and that year the Democratic ticket went down in flames in the general election.

Gazette Chicago’s local political coverage is second to none, and has an impact. Winning the Democratic primary for 5th District State Representative in a four-person field (which included an incumbent) in 2002 after being endorsed by the Gazette, State Representative Ken Dunkin said, “Had it not been for the Gazette, we might not have won the 2nd Ward. The Gazette legitimized my candidacy in the South Loop community. I got more response from the Gazette coverage than I did from any other advertising or publicity. Everyone saw that and commented on it.”

Purely as a journalistic exercise Valentino, although a lifelong Democrat, ran for the 1986 Republican primary for 19th District State Representative. The resulting series of articles about the workings of a campaign from the inside was an early journalistic coup for Gazette Chicago.

Valentino’s campaign was based almost solely on his being editor and publisher of the Gazette—and he even won the primary election. Had the incumbent Democratic State Representative, who was under indictment, won his own primary, Valentino would have stayed in the race, but when a reform candidate won the Democratic primary, Valentino declined to run in the general election. That candidate was the late Shirley M. Jones, who went on to serve her community for several terms.

In 2019 Gazette Chicago took a bold stance by becoming the first to endorse a little-known candidate who was polling only in the single digits, Lori Lightfoot, for mayor of Chicago. Other media followed suit, and Lightfoot eventually won.

“The Gazette has made the commitment to follow government and politics and its readers are well served by that commitment,” said Congressman Danny K. Davis (D-7th-IL).

A strong bond with advertisers

“A lot of people were telling us, ‘I want to support the Gazette because we need it, Valentino said. “We really have a wonderful relationship with our advertisers. They’re the ones who find out things before anybody else in the community does: they see things happening in front of their stores or restaurants, or people come into their businesses and tell them things. And they let us know.”

The camaraderie that exists between the newspaper staff and its advertisers doesn’t hinder hard coverage of area merchants when appropriate, however.

“If one of our advertisers belongs in a story for something they’re doing or not doing that may be controversial, we’re not going to shy away from it,” Nordhaus-Bike said.

Some businesses have ceased buying ads because they disagreed with some Gazette Chicago editorials, “but that is going to happen if we speak our minds, so it’s just part of the business,” Nordhaus-Bike said.

Over the years, Gazette Chicago has drawn fire from a handful of community members—mostly individuals who did not like the publication’s defense of low-income residents.

One community leader came to the Gazette Chicago office to argue energetically that the paper should serve as a neighborhood booster rather than a purveyor of news. He failed to convert the editors to his viewpoint, and reporters continued to cover all sides of issues.

News with a service impact

Several themes have been recurring ones throughout the publication’s history: housing and gentrification; government officials making “decisions in a vacuum” with little or no community input; government use of tax-increment financing (TIF) money for projects, often to the detriment of the community; parking (the first zoned parking area was in the UIC community); government corruption; higher education, with more than a half dozen colleges and universities in the area; religious institutions; healthcare issues; crime; and social justice.

Gazette Chicago will look back at its news coverage on a decade-by-decade basis in future issues.

To read Gazette Chicago news coverage online any time, log on to www.gazettechicago.com. 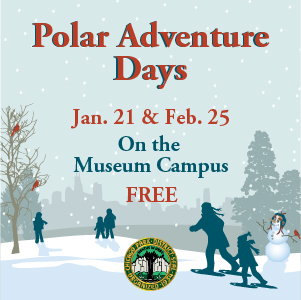 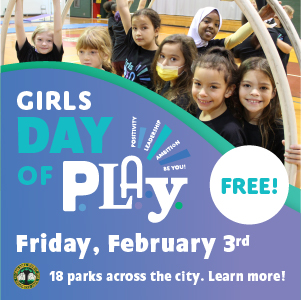