The City Council recently gave final approval for the Chicago Lighthouse to construct the Foglia Residences, a mixed-use housing development.

Construction will begin in May for the development between Roosevelt Road and Grenshaw Street, adjacent to the Lighthouse at 1850 W. Roosevelt Rd., with Foglia Residences’ main entrance at 1134 S. Wood St.

The Lighthouse, formerly the Chicago Lighthouse for the Blind, is a non-profit organization in the Illinois Medical District (IMD) and the city’s largest employer of individuals with visual disabilities. It has developed and provided programs for people who are blind and visually impaired for more than a century.

Foglia Residences resulted from a collaboration among the Chicago Lighthouse, Brinshore Development, and Landon Bone Baker Architects, with input from the IMD, 27th Ward Alderman Walter Burnett, and the City of Chicago, which played a significant role in the funding process.

The facility will offer the first housing development in Chicago designated for individuals who are blind or visually impaired; it also will house veterans and will reserve some units for qualifying low-income people. It ranks as the first project funded by a combination of Federal Low Income Housing Tax Credits, Illinois Affordable Housing Tax Credits, and City Department of Housing Multi-Family Loans; the Chicago Lighthouse will provide some funding as well.

“Vince Foglia and the Foglia Family Foundation contributed to our organization to ensure the residence project would be viable well into the future,” said Aaron Barr, senior director of advancement for the Lighthouse. Vince Foglia is the founder of medical products company Sage Products.

Mayor Lori Lightfoot in October submitted a proposal that would allow for multi-use development in the area. The City expects the package will set a precedent for future funding of this type as well as more mixed-use development including safe, affordable housing in the IMD and other areas of the city.

As Brian Brooks, senior project manager at the Chicago Lighthouse, explained, “David Brint, who is a principal with Brinshore Development, approached the Chicago Lighthouse to see if they would like to partner with the venture.” Brint previously served as a Lighthouse board member and specializes in using low-income tax credits for funding affordable housing.

“It’s a competitive process to get those credits,” said Brooks, adding that Brint works primarily in Chicago and Illinois, so he is familiar with that process.

Brint “had an interest in the Lighthouse housing project because he has a blind son,” said Brooks. Brint wanted to partner with the Lighthouse on the development because it was “much-needed housing for people who are blind and sight impaired.” The project will be the nation’s first to use low-income tax credits to fund housing.

Landon Bone Architects brought in a former architect, Chris Downey, who became blind in 2008 as a result of surgery on a brain tumor, to serve as a consultant on the project. Downey became passionate about constructing housing for the blind and visually impaired, and “He is able to offer a unique perspective and make innovative contributions to the design of such structures,” Brooks said.

The absence of onsite housing at the Lighthouse, now serving more than 67,000 people a year, long has been a problem for many who depend on the organization’s services, especially those who rely on public transportation.

Foglia Residences, a nine story, mixed-use building, will contain 76 units consisting of 18 studios plus 40 one-bedroom and 18 two-bedroom apartments. The Lighthouse will designate 40 units for the blind and visually impaired, 10 units for veterans, and 19 for people with qualifying income levels; the remaining units may house people with other types of disabilities.

The building’s lower level will hold 1,500 square feet of commercial space, with management and leasing offices on site.

Alderman Walter Burnett (27th Ward),  whose area includes the IMD, was involved with the project from the beginning and said, “I’m excited about it. I support it 100%. I think it will be a great development for people who are blind, and it is going to give them the opportunity to live next door to the Lighthouse. This is the first time they will have housing, and they need to be close to resources. That is important.

“They are close to the Medical District and that will be convenient for them,” Burnett added. “Visually impaired people are often overlooked.”

Burnett said, “I haven’t heard of any objections to the project. The Medical District is very supportive. There have been several meetings, and everybody is fully on board with it. They are getting geared towards their patients who live close by. The hospitals are all teaching schools, and they need to have housing nearby.”

Regarding parking, Burnett replied, “I’m not concerned about excessive traffic and haven’t heard anything about it either. The design of Foglia Residences includes 59 parking spaces, so there haven’t been any concerns.”

In October, the City Council approved updated regulations allowing more development in the IMD and on the Near West Side to permit mixed-use and residential development. Proponents feel adding restaurants, stores, businesses, and mixed-use housing will help make the IMD more of a neighborhood and bring more jobs to the Near West Side.

Ryan Gage, IMD director of marketing and communication, stated the district “is a proud partner of the Chicago Lighthouse, and we are supportive of the organization and its mission to provide services to the visually impaired, disabled, and veteran communities.”

Developers expect to complete the project in May 2024. 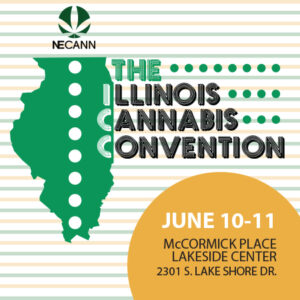