Even though marijuana is legal in Illinois and many other states, users—even those using medical marijuana—can still get into trouble.

For example, it remains illegal to use cannabis in public, at schools, in parks, in government buildings, on a bus or train, in a car or truck, or near children. The law also prohibits use anywhere others can observe a person, including your front porch.

Property owners such as landlords may ban marijuana on their premises. In addition, many suburbs have banned cannabis businesses within their boundaries, though they may not prohibit possession or private use of marijuana.

No home growing is allowed, except for medical marijuana patients, who can grow only up to five plants per patient at home in a closed, locked area.

Users should not drive while high. While there is no scientifically proven measurement of impairment, police still may arrest those driving while impaired by marijuana. Typically, officers base arrests on driving infractions and a field sobriety test.

According to Chicago-based attorney Jeffrey Brown, the Cannabis Regulation and Tax Act is the Illinois law declaring that cannabis should be regulated in a manner similar to alcohol so that:

Persons must show proof of age (21 and older) before purchasing cannabis;

Selling, distributing, or transferring cannabis to minors and other persons younger than 21 years of age shall remain illegal;

Driving, operating a watercraft, and operating a snowmobile under the influence of cannabis shall remain illegal;

Legitimate, taxpaying business people, and not criminals, will conduct sales of cannabis;

Cannabis sold in Illinois will undergo testing and labeling and be subject to additional regulation to ensure purchasers stay informed and protected; and

Sellers will inform purchasers of any known health risks associated with using cannabis, as concluded by evidence-based, peer-reviewed research.

In the presence of minors

Be careful about using cannabis in front of minor children, even if you hold a medical marijuana card. According to Brown, a person using medical marijuana who is entitled to custody or visitation or parenting time with a minor may not be denied that right unless “clear and convincing evidence” can prove that a person’s actions in relation to cannabis were such that they created an unreasonable danger to the safety of the minor.

It is a violation of the Medical Act, however, to allow any person “who is not allowed to use cannabis under the Act” to use the cannabis that a cardholder possesses. “Arguably, a minor who is in the presence of burning cannabis is ‘using’ that cannabis, and because they are both a minor and not a card holder, that provision of the Act would be violated by the card holder,” said Brown. “The overriding concern in custody battles is the best interest of the child, and inhaling second hand cannabis smoke is plainly not in the best interests of any child.”

Lest you think your job is secure under legalization, know that you can still be fired under a company’s zero tolerance policies. Illinois is an “at will” state, which means employees can quit their jobs at will. By the same token, an employer can terminate an employee legally at any time, for any legitimate business reason—or for no reason. It is illegal, however, to fire an employee because of minority status, gender, age, religion, background, or sexual orientation.

Could those with a medical use card, issued by the Illinois Department of Public Health, be fired for testing positive? According to Brown, “it depends.”

The Compassionate Use of Medical Cannabis Program Act provides for limited use of cannabis for medical purposes and protects an employee from being penalized solely because of his or her status as a medical card holder. He added, however, that “nothing in this Act shall prevent a private business from restricting or prohibiting the medical use of cannabis on its property.”

According to Brown, the Medical Act does not allow undertaking any task under the influence of cannabis when it would constitute negligence, professional malpractice, or professional misconduct.

“Imagine as an extreme case an attorney employed at a law firm, with a valid medical card, who appears in court before a judge and does not properly represent her client because she is under the influence of cannabis. The termination of this lawyer’s employment would not be protected simply because she holds a medical marijuana card. Instead, the inquiry would focus on whether her legal use of cannabis nonetheless caused her to act negligently or to commit professional malpractice,” Brown noted.

The Medical Act does not permit cannabis use in a motor vehicle or public place. In fact, cannabis use, even for medical reasons, is not permitted for someone who holds a school bus permit or commercial driver’s license or who is a licensed law enforcement officer. “Thus, a firefighter or school bus driver or truck driver simply cannot use medical cannabis at all, and the termination of their employment for such use would be plainly lawful and permitted,” said Brown.

The Medical Act also provides that “Nothing in this Act shall prohibit an employer from enforcing a policy concerning drug testing, zero tolerance, or a drug-free workplace, provided the policy is applied in a nondiscriminatory manner.” What constitutes “zero tolerance” may hold some protection for an employee. “When an employer doesn’t enforce a ‘zero tolerance’ policy uniformly, for example, that can, in itself, be considered discriminatory,” Brown said.

Given that THC—the chemical in marijuana that gets people high—can stay in the system for weeks or even months post-abstinence, individuals can test positive for marijuana use whether they have used 30 minutes ago or 30 days ago.

The National Organization for the Reform of Marijuana Laws (NORML) advocates adult-use laws include provisions prohibiting employers from discriminating against workers or job candidates solely because of their off-the-job cannabis use.

According to NORML, “changes in the legal status of cannabis have not been associated with any significant adverse effects on workplace safety and, overall, off-the-job marijuana use has not been statistically associated with increased occupational accidents or injuries—as per the findings of the National Academy of Sciences and others.”

While the organization does not advocate that employers accommodate marijuana use prior to work or on the job, NORML has taken the stance that “as long as one’s off-the-job cannabis use does not impede one’s on-the-job performance, such behavior should be of no concern to employers.”

In March, the New Jersey Supreme Court ruled employers cannot discriminate against employees solely for off-the-job medical cannabis use. The court’s opinion affirms a 2019 ruling by New Jersey’s appellate court. The plaintiff had been fired by his former company for using medical cannabis in compliance with state law as part of his cancer treatment.

In Washington, DC, Mayor Muriel Bowser signed an order last September clarifying legal protections for certain District of Columbia employees who consume cannabis while away from the job. The rules apply to all district government agencies under the mayor’s direct administrative authority.

Under these protections, many would-be employees being hired for non-safety-sensitive positions no longer will face pre-employment drug screenings. 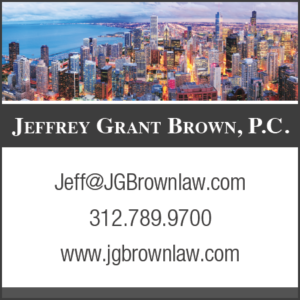 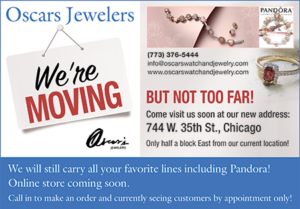